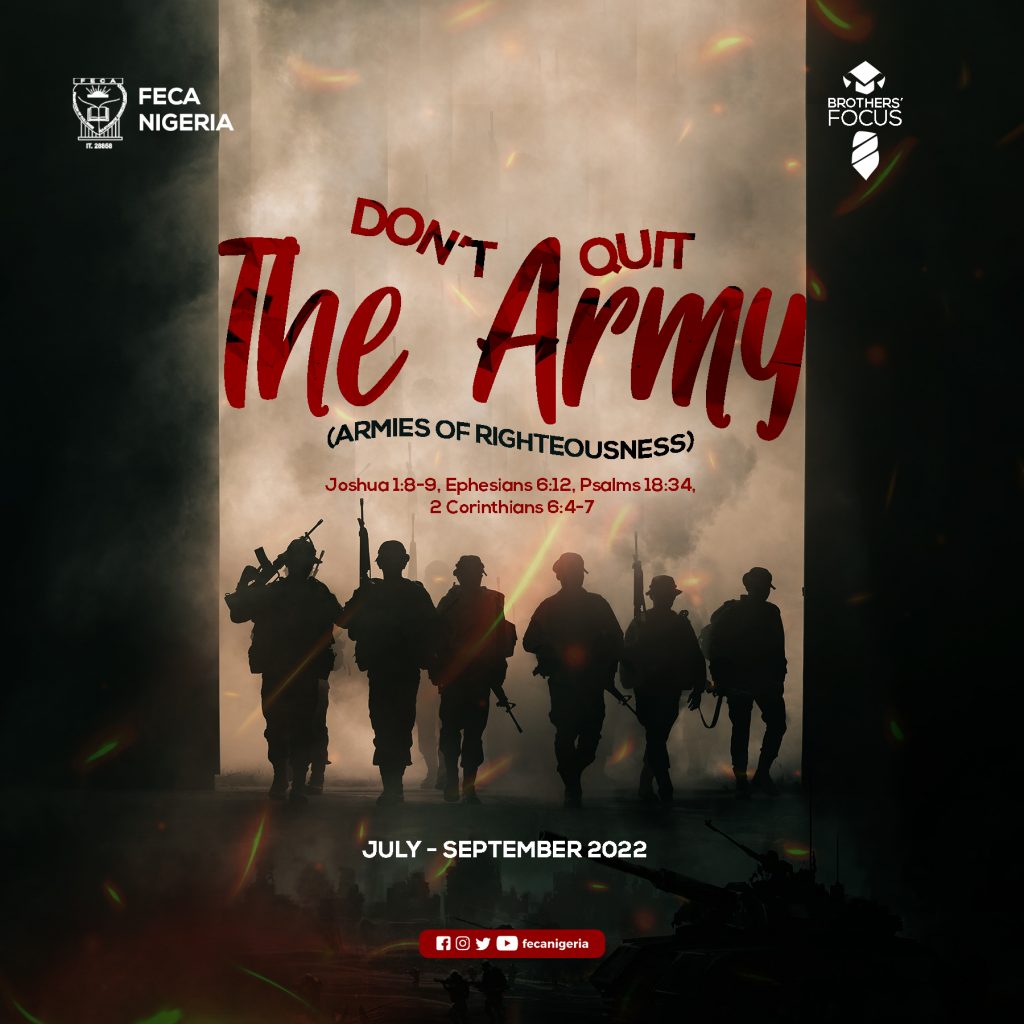 In the course of this tenure, we have x-rayed the life of a soldier enlisted into the Army of Righteousness and the attitude required of Be.

Quarter after quarter, focus after focus, measure upon measure, we’ve emphasized building quality soldiers who are skilled in warfare and of a noble character.

However, as scriptures rightly say “better is the end of a thing”, all of our progress will be to nought if we quit before the battle is won and the cease-fire command given by the commander-in-chief.

Hence, dear soldiers, you must make full proof of your calling and walk worthy of it. Enlisted into the army of God, you must fight till the finish because there is a reward for battles not fought but won!

Trials, hardship, challenges, and tribulations or persecution will arise. There will be seasons and events that shake the core of our faith and to stay put in the battle, there is a need to enquire of the God who teaches us how to war.

Weariness from life’s trials and fainting in battle occurs when war is done based on assumed knowledge rather than strategy.

From scriptures (“Your hand-to-hand combat is not with human beings, but with the highest principalities and authorities operating in rebellion under the realms. For they are a powerful class of demon-gods and evil spirits that hold this dark world in bondage.” ‭‭Ephesians‬ ‭6:12‬ ‭TPT‬‬) we see that the fight isn’t anything physical hence cannot be won via physical strategies. It is expedient that we lean on the one who can keep us from stumbling and trust in His ability to lead us.

Whilst it is important to not quit, you must daily encourage yourself in the Lord, His love for you, and the reward for a battle well fought.

Dear soldier, the goal, is to run the race, fight the good fight of faith, and hear the salutation, “WELL DONE, GOOD AND FAITHFUL SERVANT”.

Until you hear that, dear soldier, Don’t quit the ARMY!