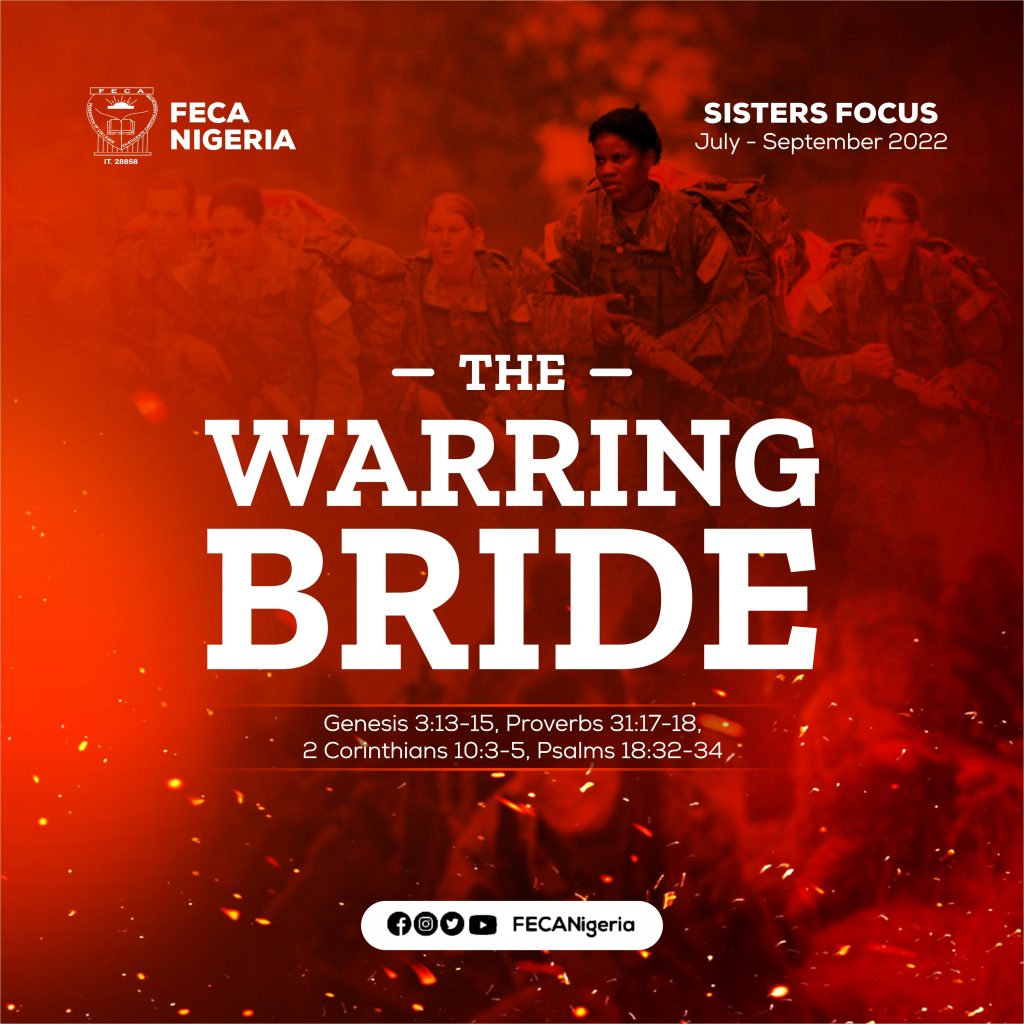 Warring describes a state of conflict between a group of two or more persons. Those at war are constantly at loggerheads with each other most often as a result of conflicting ideologies, and perceived or actual threats to wellbeing.

At the core of warriors is a desire for the preservation of culture, security, and/or stability. And for believers, warring is of necessity to preserve that which has been received and delivered unto them.

The warring bride has a nature that can fight in other to birth the prophecies, destinies and promises received. She does this by taking up the sword of the Spirit (the word of God) as an offensive missile against the enemies to discern and separate that which seeks to exalt itself above the knowledge of God in their lives.

The Bride of Christ is neither weak nor fragile. She is ready for battle as her sword is in easy reach.

The enemy’s plot is to create an illusion, a deception, and images that lure you into false partnership, fellowship and connection that would give him access into your life.

Hence, the warring bride wars by revelation and prophecy. She is violent with everything that proceeds from God’s mouth because from the time of John the Baptist until now, spiritual violence has been legalized and only the violent can press into it.

The end product of our warfare is to establish the prophecy and the word and to make sure that the enemy hasn’t successfully mingled his seed and reproduction into our territory.

Thus our warfare requires revelation to discern reality, carry the presence, and stay in the glory.

As warring brides, our mission is to know Him and to make Him known. You are chosen for such a time as this like Esther, to legislate like Deborah. So, dear warring bride, pillars of righteousness; reach out to heaven, and claim the mighty finished work of Jesus which provides a place of protection, sanctuary, and security in a broken world. In other words, to fulfil the will of God as it is in heaven.